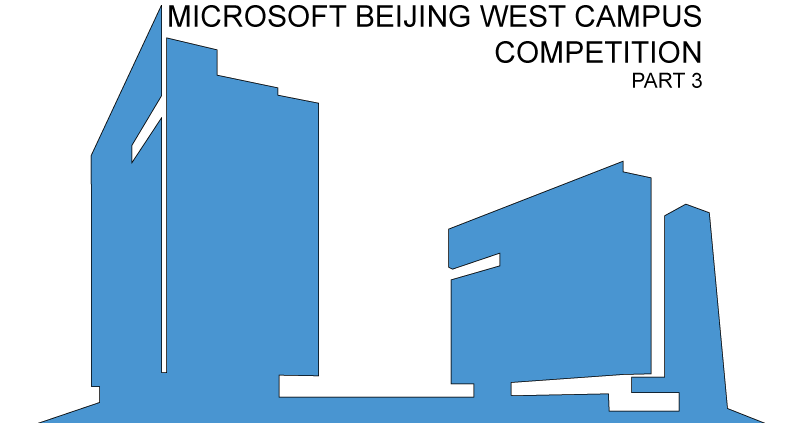 This is part 3 of the Microsoft Beijing effort, a one-month push to finalize programming and exterior shell/facade design for Microsoft's Asia Headquarters in Beijing. The design team spent a few days working through and confirming space programming with user groups and putting the final touches on the BIM model which was in constant flux. The BIM model was used to generate floor plans and elevations as well as providing the raw material for the final presentation renderings for Crystal Co. in China.

Below are two diagrams which show relationships and connections of context to the site. These diagrams confirmed understanding of major entries/exits to the buildings and service access. The underlay is the landscape plan showing the urban components of the trees and open space plazas. These diagrams were created in Adobe Illustrator and the landscape plan was based on a site plan extracted from the Revit model. 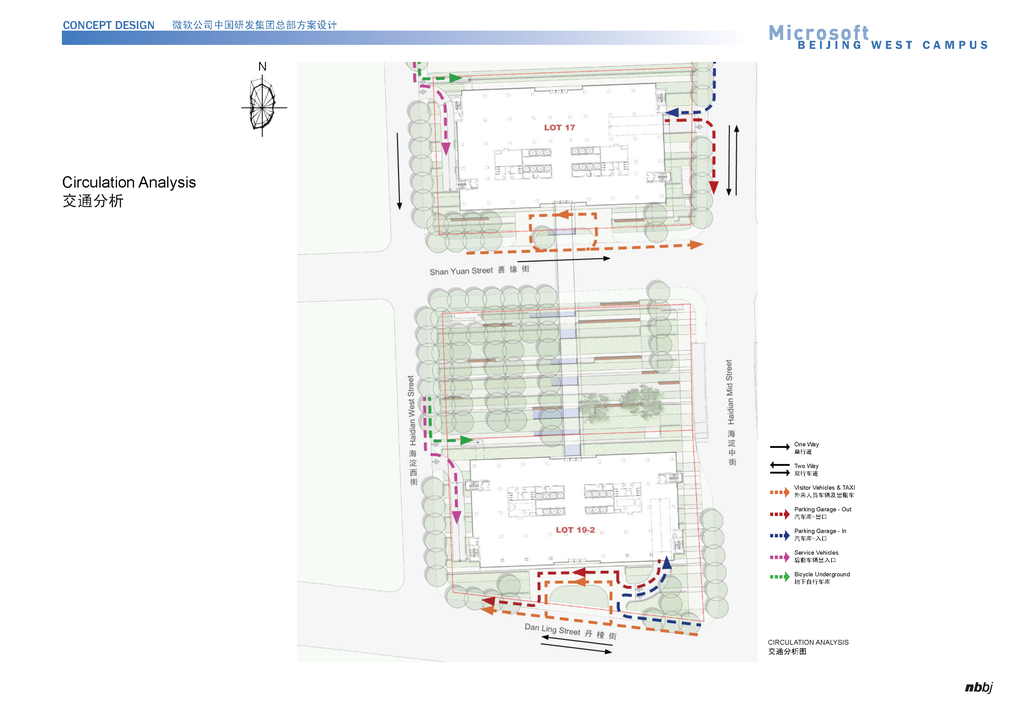 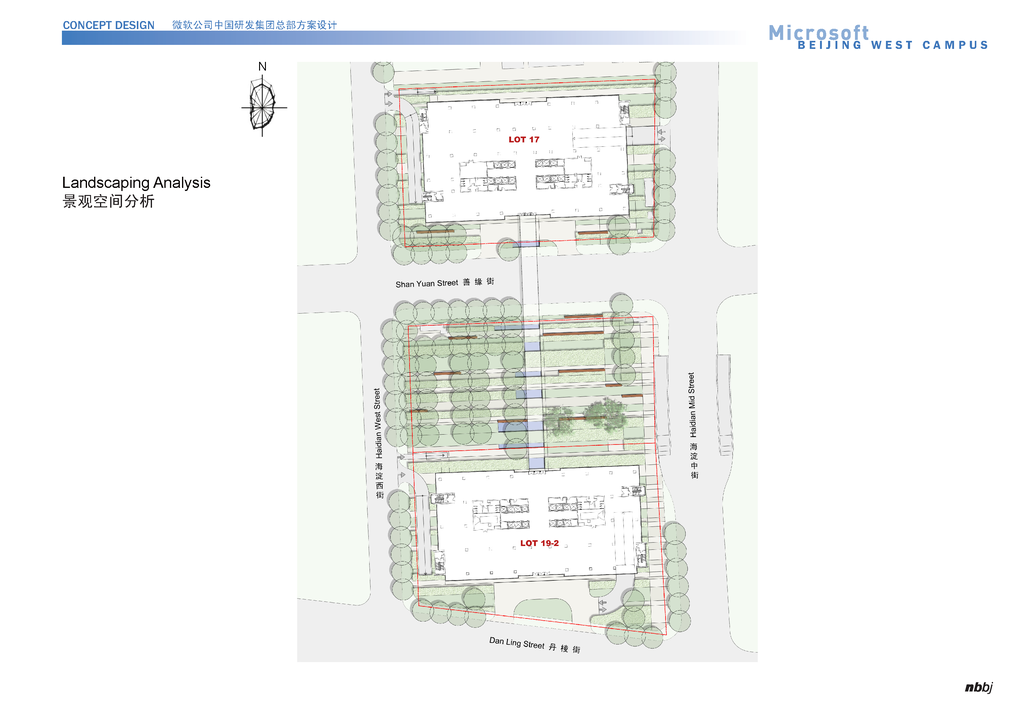 Below are a series of design concept drawings and diagrams that convey the space programming, major infrastructural components (stairs, elevators, columns), and the look and feel of the building. The design process involved digital modeling, hand drawing, and a mixture of both. 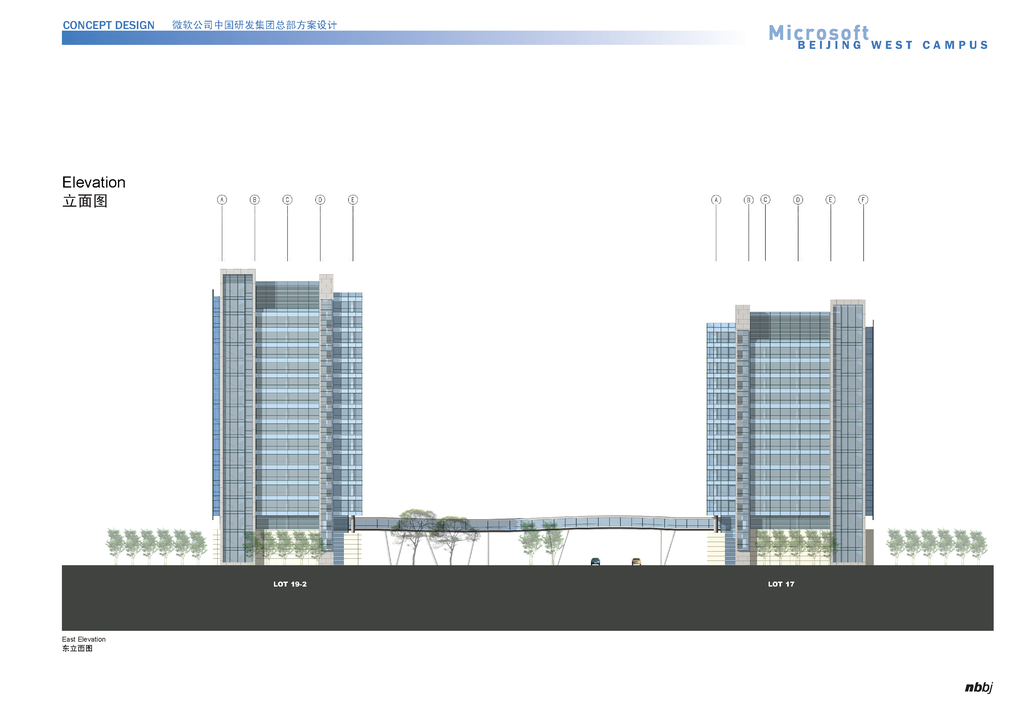 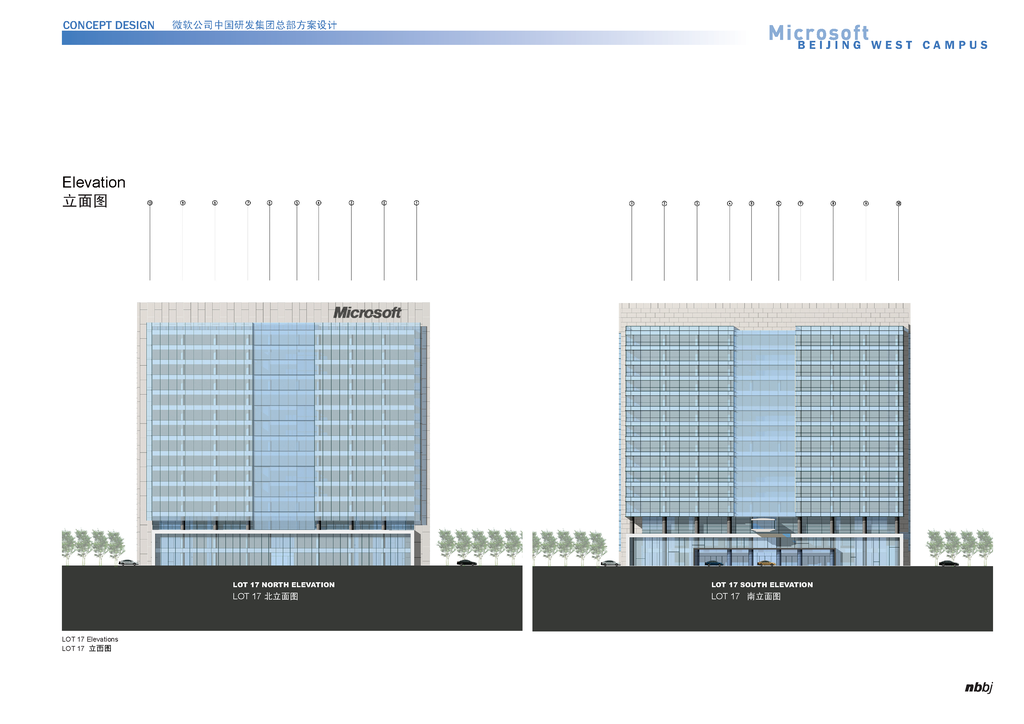 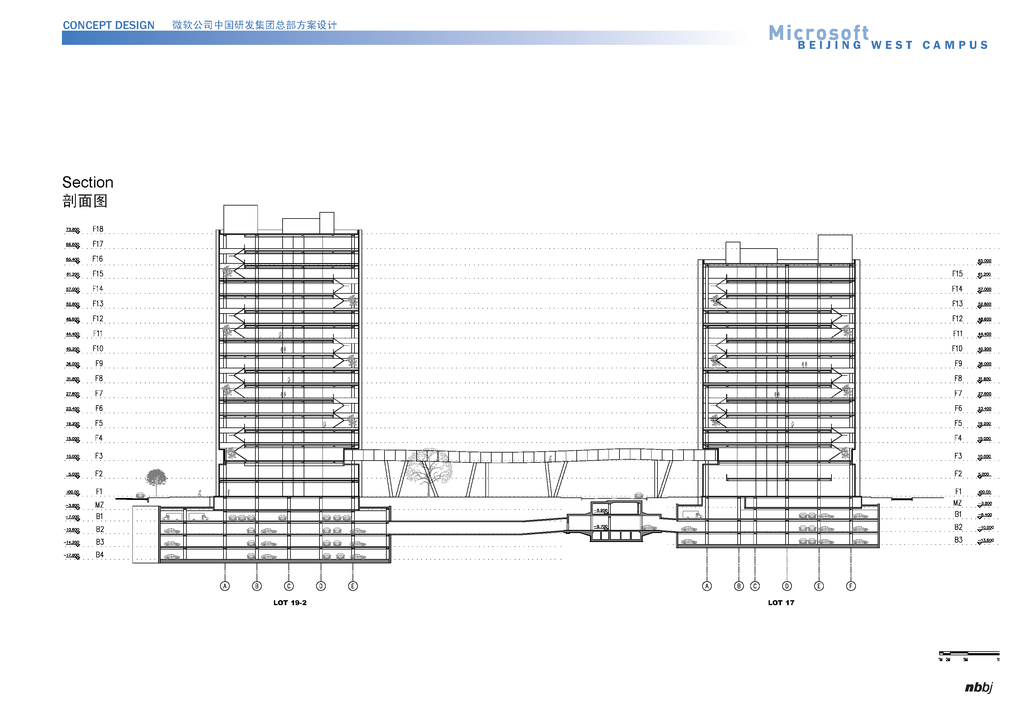 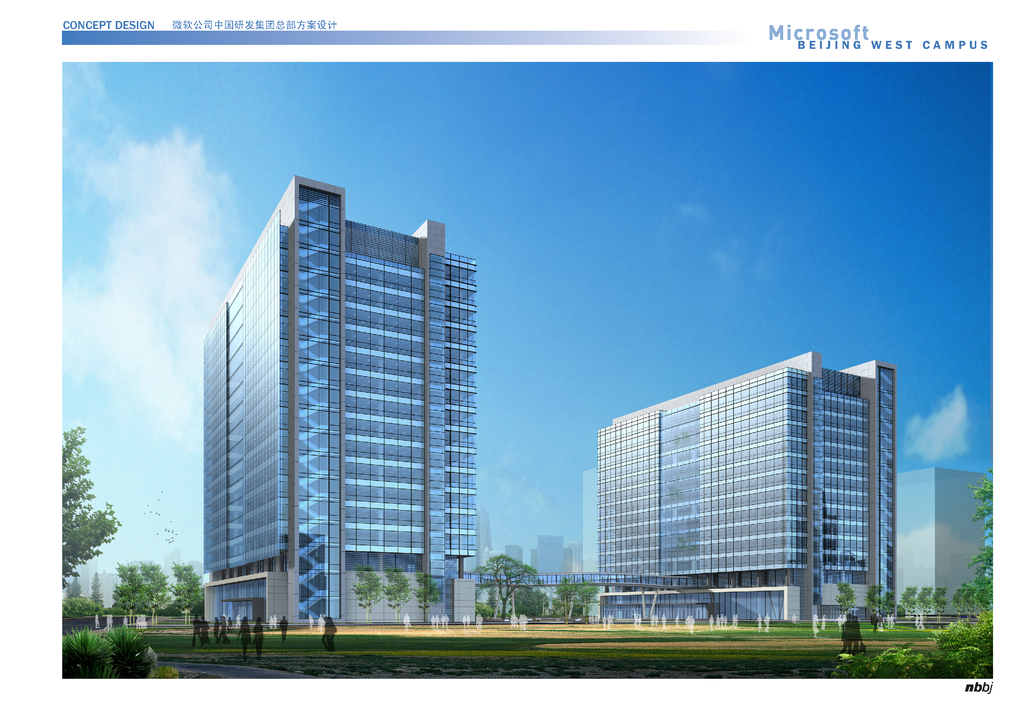 Every successful project is always a result of team dynamics, collaboration, and constant communication. Some challenges during the project were the travel and web-ex conferences between time zones. Understanding of building methods in China vs. how things are executed here in the United States was also a iterative learning process for us. During this last phase of concept design, the BIM model became the essential testing ground for all ideas which could be quickly communicated to the contractor and client about build-ability and cost. The buildings are currently under construction with a move-in date of spring 2011.