Part Two of this series focuses on Frank Lloyd Wright's Concrete Textile Block Residences. There are four residences in all, and all four are located in southern California. After finishing his Hollyhock House and the Imperial Hotel, Frank Lloyd Wright began to push his ideas concerning patterned concrete blocks. Utilizing the textile block, Wright built four houses: the Millard House (La Miniatura), the Ennis House, the Freeman House and the Storer House – as a way to truly challenge himself, as he explained in Bruce Brooks Pfeiffer and Gerald Nordland’s book, Frank Lloyd Wright: In the Realm of Ideas, “ “What about the concrete block? It was the cheapest (and ugliest) thing in the building world. It lived mostly in the architectural gutter as an imitation of rock-faced stone. Why not see what could be done with that gutter rat? Steel rods cast inside the joints of the blocks themselves and the whole brought into some broad, practical scheme of general treatment, why would it not be fit for a new phase of our modern architecture? It might be permanent, noble beautiful.” 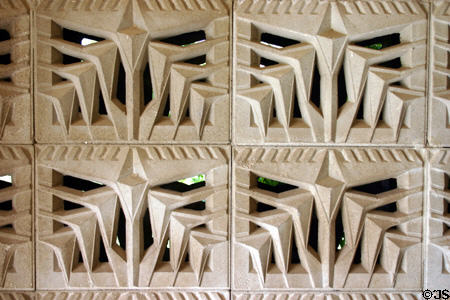 Still, it is without question that the residences embody an innovative and historic part of Wright’s career.  This new system of construction, in addition to Wright’s ability to take the rawest building material and create something beautiful, only confirms Wright’s proficiency in architecture. 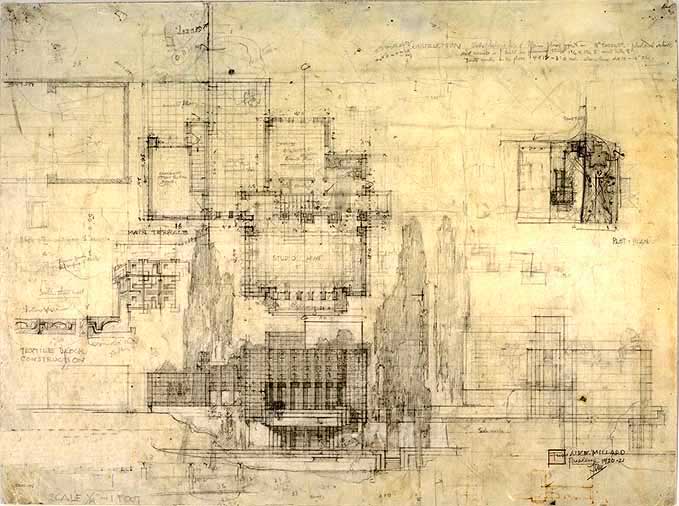 Because of the "ugliness" of concrete block, Wright set out to "educate" it. In the hands of its teacher, the block became the distinguished feature of four stunning houses in southern California, beginning in 1923 with this one in Pasadena for Alice Millard. Wright named the residence La Miniatura, "the little studio-house". Wright assisted the client in the selection of the site, a ravine with eucalyptus trees that was bordered by streets to the north and south.

This modular system that Wright initiated at Millard house was to be applied later at the three other southern California houses. The make up of the wall is actually made of an inner and outer block wall. Measuring sixteen inches square, the blocks have a patterned or plain face and a coffered back. The concrete material also gave the blocks some degree of fire-resistance and would protect the client's rare art and book collection.

The Ennis-Brown Residence has long invited a rich array of allusions - to a Mayan temple, to a Persian palace, to a fortress of no specific origin. Of Wright's four textile-block residences, this is the largest in size. The scale of the house is a two-story massing of forms buttressed structurally and visually by sizable retaining walls. 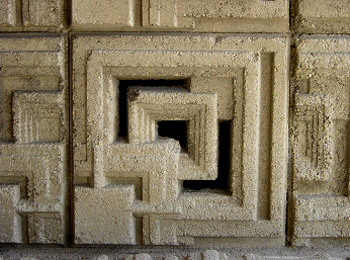 The Ennis-Brown blocks, like those in the other textile-block houses, were cast with their own identifying design - asymmetrical geometric abstraction - and in many variations.

Textured blocks compose entire wall or are laid in rows that alternate with courses of solid block, or outline windows and doors, or are juxtaposed with perforated blocks.

On whatever surface the eye falls, it is led up or down a column, along a wall, or around a corner. These blocks once seen as an entire building reminds one of Uxmal in the Yucatan with its module and rhythmic patterning of blocks. One of the theories to emerge is that the Ennis block design is a rhythmic visual interpretation of the warp and woof of textiles, a reference to the clients' clothing business. Completed in 1924, the Ennis House has been used quite a few movies. It was the haunted house in the original version of “House on Haunted Hill,” and its living and dining rooms served as Deckard’s home in “Blade Runner.” 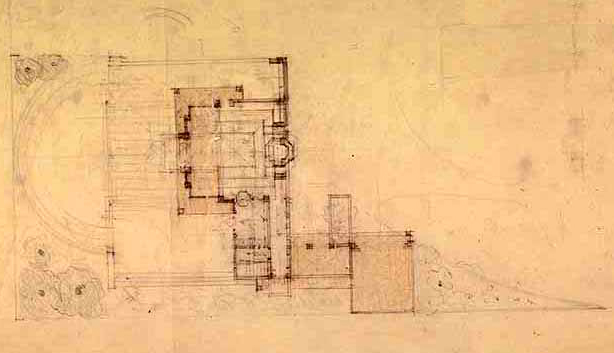 The Samuel Freeman House is one of three textile block houses built in the Hollywood Hills in the 1920's. This home was designed and built in 1923 for two members of the Los Angeles avant-garde who met Wright through Aline Barnsdall who owned Hollyhock House. The Freemans asked Wright to design a home within a budget of $10,000. Wright saw this as an opportunity to experiment with a new modular type of concrete block based on a 16-inch square that was estimated to put the completed construction to around $12,000. The final bill was $23,000. 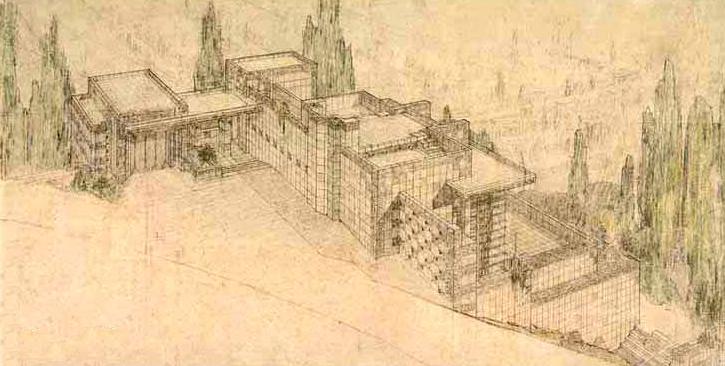 From the street, the house appears to be a single story home, but it actually descends two more levels down because it sits on a sloped lot, as seen in the final presentation perspective above. The images below show both the detail drawing designed by Wright and the finished concrete module which in this case frames views corridors. 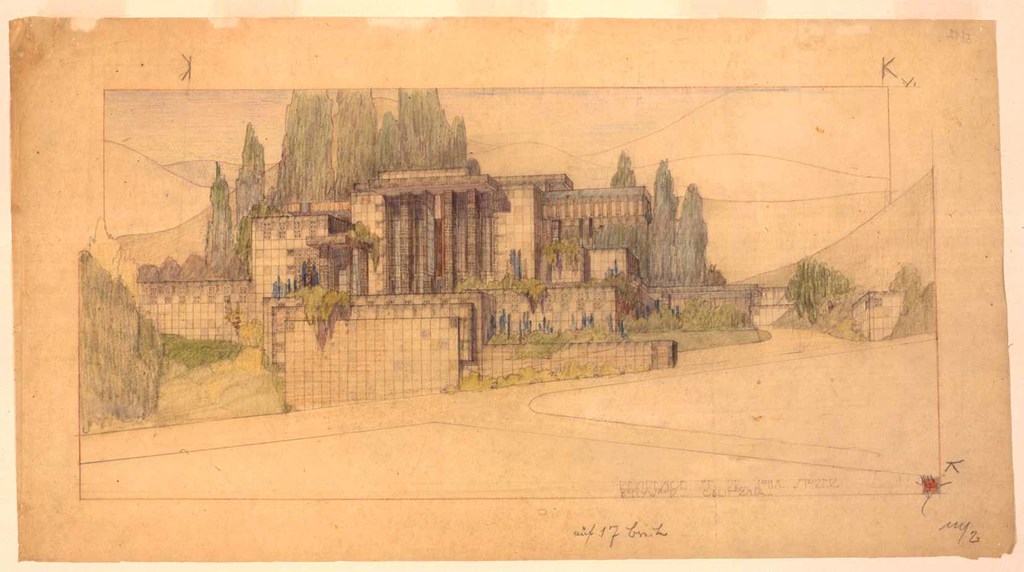 Of Wright's four textile-block houses in Los Angeles, the John Storer residence presents itself the most straightforwardly, the most accessibly, without the suspenseful transition the architect contrived between exterior and interior. Situated above the street level and set into a slope in the Hollywood hills, the residence is reached by ascending two banks of stairs to a front courtyard. In the plans, Wright intended to "levitate" the living room within its textile-block shell by extending the floor only to the columns and not all the way to the north and south walls. The Storer residence is the last of the concrete textile-block series.

Thanks everyone for the comments. FLW has been a continued interest of mine and I'm happy to share these blogs with you all.

Just a snippet from Andrea's link:

thanks for sharing.. love these articles. FLW was a true master...

Thanks for sharing Brian! This is great stuff!