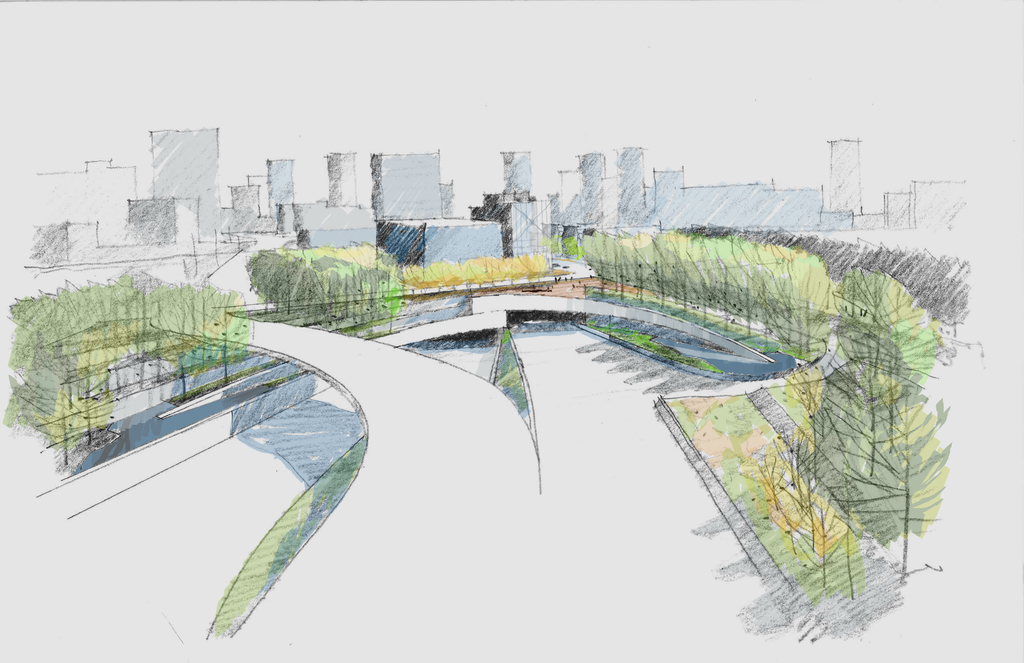 State Route 99 / Bill and Melinda Gates Foundation Project in Seattle, Washington was a design charrette for the Washington State Department of Transportation. Because of the short duration and bursts of design efforts during charrettes, we did not have the usual luxury…
Continue

BeLoose Graphic Workshop at the 2010 ASLA Expo in D.C. How to do a quick perspective set up

There are several ways to quickly set up a perspective or sketch.

1. Use a camera and take a picture of the site (assuming the space exists), when it is displayed on the computer screen, print it out and it is your instant perspective. Now you can trace over with existing features add new design concept.